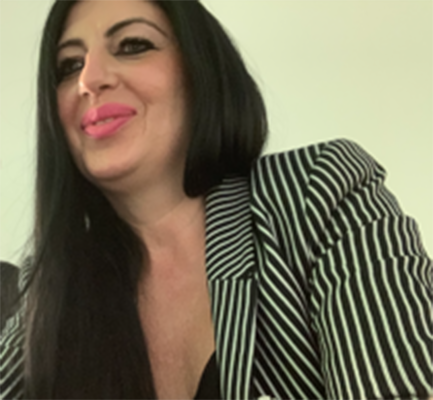 Tamara Arduni holds more than twenty years of experience in the accounting administration and finance area covering the CFO role in Seeweb, now part of the DHH Group, already director of DHH Spa in the start-up phase of the company back in 2015.

She has attended the first SDA Bocconi Director’s program. 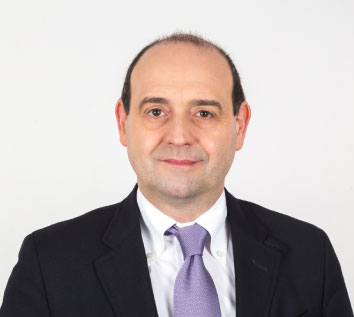 With over 25 years of experience in Electronics, Telecommunication and Computer Science, Antonio is the founder and CEO of Seeweb, a leading Italian company in the field of IT services, cloud computing and data centres.

Antonio is currently president of the Hosters and Registrars Association, member of the Technical Committee and of the Board of Directors at Rome Nautilus Mediterranean Exchange (Namex), and was formerly a member of the ccTLD Steering Committee (CIR) of .IT registry at IIT-CNR in Pisa.

Antonio is also committed to business creation and enhancement, and harbours a great passion for the development of start-ups and nascent companies operating in the world of Internet and cloud computing through business angel activities and industrial relationships.

Matija co-founded the Klaro group in 2003 and worked as a developer and later R&D manager. Through his technical career he acquired an intimate knowledge of development, software architecture, implementation of development processes (agile development, test driven development continuous integration) and system administration.

As the company shifted focus to hosting and acquired some of its competitors, Matija managed the operations for the group and had an active role in building the largest hosting group in Slovenia. His background is in Computer Science and he is still actively involved in the developer community in Slovenia. 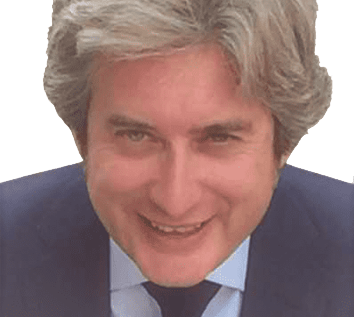 He has been working for more than 25 years in tax and corporate consulting and has gained particular experience in ordinary and extraordinary business management, dealing especially with business valuations, extraordinary ﬁnance operations, and corporate rehabilitation. He is a lecturer in the Ca’ Foscari Challenge School’s RIAF Master’s program and in the “Scuola di Alta Formazione”, a postgraduate school born from the collaboration between L’Università Bocconi and the “Ordine dei Dottori Commercialisti e degli Esperti Contabili” of Milan.

A member of the scientific committee of the ODCEC Study Center of Milan and “Fondazione Centro Studi”, he is the author of numerous articles on issues of strategy, finance, and business valuations.

He has supported and supports, both startup and investor side, several realities of the Italian innovation world.

He is a Certified Public Accountant and Auditor. 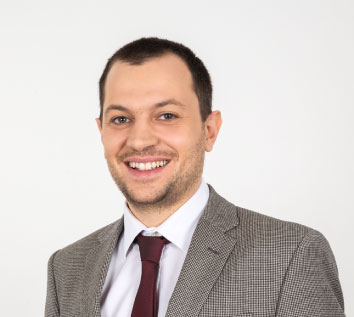 Executive chairman of the Board of directors

Giandomenico (Nico) Sica is tech entrepreneur and investor. He is the Executive President of DHH, publicly listed tech group focused on cloud computing and web hosting in the Emerging Markets of Europe. He co-founded DHH in 2015 and supported the company in scaling by M&A from zero to 20M$, establishing an international presence in Italy, Italian Switzerland, Slovenia, Croatia, Serbia, and Bosnia.

Besides DHH, since 2011 he is a Managing Partner of Grafoventures, his own angel investment firm focused on SMBs in the IT industry across Southeast Europe. He made 4 investments, which all resulted in 4 listings on a Stock Exchange. He served as an adjunct professor in entrepreneurship at Bocconi University, Polytechnic of Milan, Domus Academy, and as a guest lecturer at Bologna Business School, University of Milan-Bicocca, University of Milan, Catholic University of Milan, and IULM. He graduated cum laude in Philosophy from the University of Milan in 2003, completing exams and thesis in two academic years, one year before the studies’ standard duration.

President of the Board of Auditors

Born in Rome on 28/02/1971, graduated in Business Administration at the University of Roma “La Sapienza” in 1997. Enrolled in the Register of Auditors under no. 70440, in accordance with the measure published in the Official Gazette of the Italian Republic on 23/05/1997 and domiciled in Frosinone (FR) Via Fosse Ardeatine n.8.

Born in Anagni (Frosinone) on 18/08/1978, graduated in Business Administration at the University of Roma “La Sapienza” in 2005. Enrolled in the Register of Auditors under no. 159382, in accordance with the measure published in the Official Gazette of the Italian Republic on 18/06/2010 and domiciled in Ferentino (FR) via Alfonso Bartoli n.25.

We use cookies on our website to give you the most relevant experience by remembering your preferences and repeat visits. By clicking “Accept All”, you consent to the use of ALL the cookies. However, you may visit "Cookie Settings" to provide a controlled consent.
Cookie SettingsAccept All
Manage consent

This website uses cookies to improve your experience while you navigate through the website. Out of these, the cookies that are categorized as necessary are stored on your browser as they are essential for the working of basic functionalities of the website. We also use third-party cookies that help us analyze and understand how you use this website. These cookies will be stored in your browser only with your consent. You also have the option to opt-out of these cookies. But opting out of some of these cookies may affect your browsing experience.
Necessary Always Enabled
Necessary cookies are absolutely essential for the website to function properly. These cookies ensure basic functionalities and security features of the website, anonymously.
Functional
Functional cookies help to perform certain functionalities like sharing the content of the website on social media platforms, collect feedbacks, and other third-party features.
Performance
Performance cookies are used to understand and analyze the key performance indexes of the website which helps in delivering a better user experience for the visitors.
Analytics
Analytical cookies are used to understand how visitors interact with the website. These cookies help provide information on metrics the number of visitors, bounce rate, traffic source, etc.
Advertisement
Advertisement cookies are used to provide visitors with relevant ads and marketing campaigns. These cookies track visitors across websites and collect information to provide customized ads.
Others
Other uncategorized cookies are those that are being analyzed and have not been classified into a category as yet.
SAVE & ACCEPT